The State of Obesity, a non-profit, non-partisan organization dedicated to both raising awareness about the obesity epidemic and promoting obesity prevention strategies, recently issued its annual report.  To results are sobering, yet unsurprising.  In five states adult obesity rates exceed 35 percent, while in 25 additional states obesity rates top 30 percent.  Despite these discouraging numbers, there are some signs that progress is being made.

From 2004 to 2014 the rates of childhood obesity have gone from 14 percent to 10 percent.  Additional figures also suggest that obesity rates may have plateaued.  Despite these small successes, there is still much work to be done.  Did you know that Georgia is one of a minority of states that do not require physical education for middle school students?  Georgia is also one of only 16 states to have adopted mandatory requirements to encourage the creation of safe and convenient walking and biking routes and lanes into new and existing infrastructure.

Take a look for yourself at the state report for Georgia.  Below are some of the highlights:

Nationally, Georgia has some of the highest rates of:

This site uses Akismet to reduce spam. Learn how your comment data is processed.

is a public/private partnership of more than 150 businesses, nonprofits, faith- and community-based organizations, schools, and healthcare and government agencies. We are a 501(c)3 public charity. Why not join us?

Making a Healthy Community for Kids 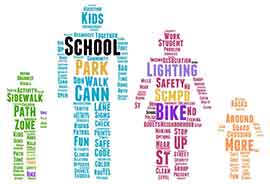